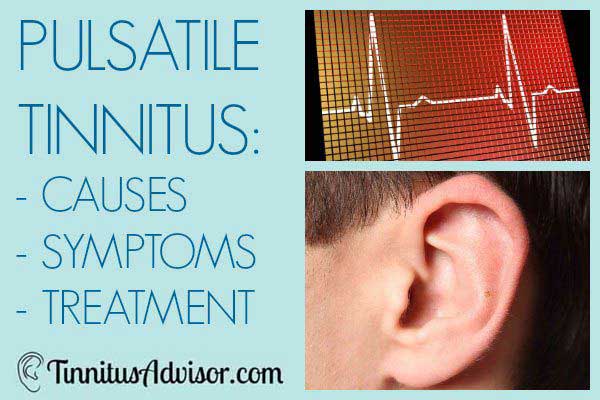 Pulsatile tinnitus is a rare but often debilitating medical condition. If you have this disorder, you may find your life negatively affected in a variety of ways. However, there is hope. Understanding it is the first step to getting it diagnosed and treated.

What Is Pulsatile Tinnitus?

Pulsatile tinnitus is different from normal tinnitus. This is because it manifests itself as a rhythmic noise in the ears that occurs at the same rate as the pulse. It is also known as vascular tinnitus since it almost always has a vascular cause.

If you suspect that you may have it, feel your pulse on your wrist and see if it coincides with the sound in your ears. Unlike other types of tinnitus, it is not the result of exposure to external sounds. It may be constant or occur only at times, and be present in one ear or both. 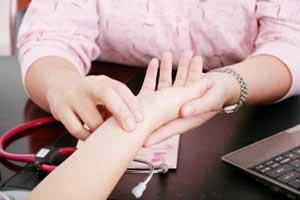 There are several different pulsatile tinnitus causes, although most have to do with vascular issues in the head. In all cases, there is a change in blood flow through the arteries and veins at the side of the head or a change in how much this blood flow is perceived.

A change in blood flow can have several different causes, including:

Additionally, pulsatile tinnitus is sometimes caused not by a change in blood flow, but by a change in how the ears and brain perceive this blood flow. The ears may have somehow become over sensitized to the normal blood flow in the skull and neck. This is usually due to loss of conductive hearing or a change in the brain’s auditory pathway.

Pulsatile Tinnitus Symptoms – What to Look Out For

The main symptom of pulsatile tinnitus is simply a rhythmic sound in your ear that coincides with your pulse. It’s important to remember that you can also have other types of tinnitus at the same time. If your tinnitus only sometimes follows the beat of your pulse, you still likely have this condition.

How Is It Diagnosed? 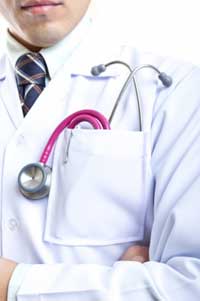 Pulsatile tinnitus is usually diagnosed simply from the patient’s report that they can hear rhythmic sounds at the same time that their pulse occurs. However, diagnosing the actual cause of it can be more complicated. Nonetheless, it is usually much easier for doctors to find a single, treatable cause for pulsatile tinnitus than for other kinds of tinnitus.

Since pulsatile tinnitus usually has a vascular cause, the doctor will test the blood flow through the arteries and veins of the skull. These tests include:

Most doctors will not do all of these tests, but pick one or two that they feel are more likely to find the root cause. These will be based on the patient’s history and the results of the physical examination.

How Is Pulsatile Tinnitus Treated?

If your doctor diagnoses you with pulsatile tinnitus, you will want to know how you can alleviate or stop it. Treatment for this condition will generally include treating the cause if one has been found. For example, if your doctor finds you to be anemic, they will prescribe you with iron supplements for tinnitus. If there is an abnormality in your ear, it may be surgically repaired. Similarly, if an abnormality in a blood vessel is the cause of your pulsatile tinnitus, this may or may not be repairable depending on the blood vessel and where it is found.

If you have idiopathic or benign pulsatile tinnitus, meaning that no physical cause has been found, there are a variety of support services that can help you cope. Sound therapy, relaxation, and even psychotherapy are all proven to help with this condition. Some therapists specialize in Tinnitus Retraining Therapy which retrains your brain so that you no longer perceive the sound.

While a diagnosis of pulsatile tinnitus can be devastating, there is hope. Doctors are usually able to find the root cause and treat it. In many cases, it is a valuable symptom of a more dangerous disorder that can be treated successfully because it was found in its earliest stages. As with all medical conditions, you should educate yourself and advocate for the best possible care.

Get Relief From Tinnitus: